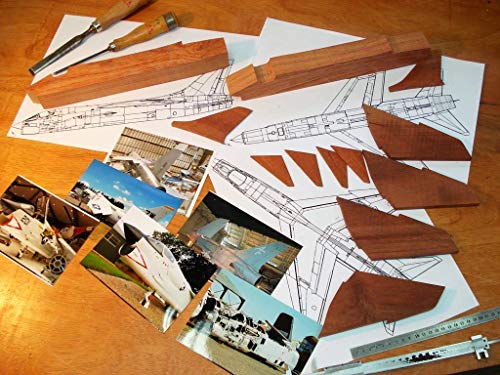 A10 Warthog Mahogany Wood Desktop Aircraft Model (Ships within 48 hours) This A-10 Warthog is beautifully handcrafted out of reclaimed Mahogany Wood. Each piece is crafted with intense detail and finished with three coats of polyurethane coating that gives it a high gloss finish. This fine work of art takes approximately 18 hours of labor to create. If you are a collector or simply want a fine art piece this mahogany model is sure to enhance your home or office. The Fairchild Republic A-10 Thunderbolt II is an American single-seat, twin-engine, straight-wing jet aircraft developed by Fairchild-Republic in the early 1970s. The A-10 was designed for a United States Air Force requirement to provide close air support (CAS) for ground forces by attacking tanks, armored vehicles, and other ground targets with a limited air interdiction capability. It is the first U.S. Air Force aircraft designed solely for close air support.The A-10 was designed around the GAU-8 Avenger, a heavy rotary cannon which forms the aircraft's primary armament (and is, to date, the heaviest rotary cannon ever mounted on an aircraft). The aircraft's hull incorporates over 1,200 pounds (540 kg) of armor and was designed with survivability as a priority, with protective measures in place which enable the aircraft to continue flying even after taking significant damage.The A-10's official name comes from the Republic P-47 Thunderbolt of World War II, a fighter that was particularly effective at close air support. The A-10 is more commonly known by its nickname "Warthog" or simply "Hog". As a secondary mission, it provides airborne forward air control, guiding other aircraft against ground targets. A-10s used primarily in this role are designated OA-10. The A-10 is expected to be replaced in 2028 or later.