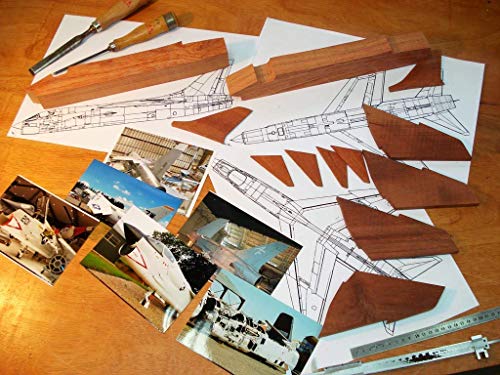 This C-130 Hercules is beautifully handcrafted out of reclaimed Mahogany Wood. Each piece is crafted with intense detail and finished with three coats of polyurethane coating that gives it a high gloss finish. This fine work of art takes approximately 18 hours of labor to create. If you are a collector or simply want a fine art piece this mahogany model is sure to enhance your home or office. The Lockheed C-130 Hercules is a four-engine turboprop military transport aircraft designed and built originally by Lockheed, now Lockheed Martin. Capable of using unprepared runways for takeoffs and landings, the C-130 was originally designed as a troop, medical evacuation, and cargo transport aircraft. The versatile air frame has found uses in a variety of other roles, including as a gunship (AC-130), for airborne assault, search and rescue, scientific research support, weather reconnaissance, aerial refueling, maritime patrol and aerial firefighting. It is the main tactical air lifter for many military forces worldwide. Over 40 models and variants of the Hercules serve with more than 60 nations.During its years of service, the Hercules family has participated in countless military, civilian and humanitarian aid operations. The family has the longest continuous production run of any military aircraft in history. In 2007, the C-130 became the fifth aircraft-after the English Electric Canberra, Boeing B-52 Stratofortress, Tupolev Tu-95, and Boeing KC-135 Stratosphere-to mark 50 years of continuous use with its original primary customer, in this case, the United States Air Force. The C-130 is also the only military aircraft to remain in continuous production for 50 years with its original customer, as the updated C-130J Super Hercules.